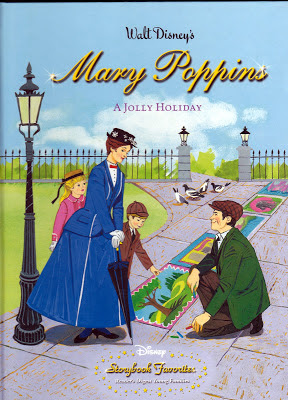 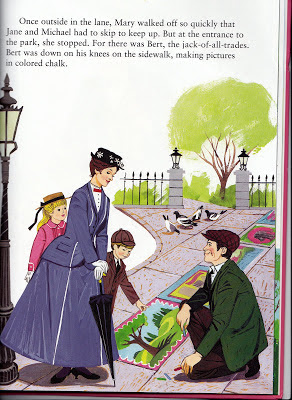 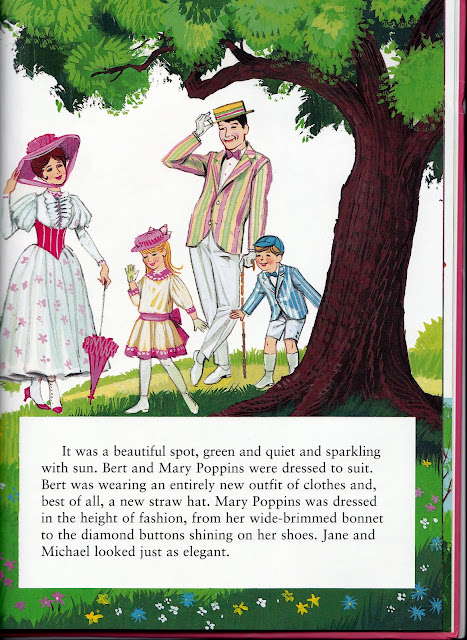 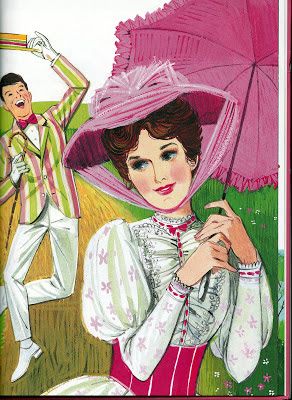 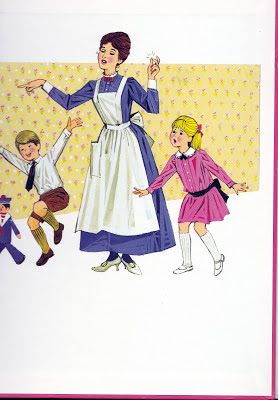 Here is a beautiful picture book about Mary Poppins.  It is a 'Disney Storybook Favorite' - a modern re-print of what was originally a Little Golden Book in 1964, illustrated by Beverly Edwards and Leon Jason.  This picture book - 'Mary Poppins - A Jolly Holiday' - is an adaptation from the movie, not from the chapter book by P.L Travers.  Right now I am reading the first of the Mary Poppins chapter books to my 6-year-old and remembering the days when I lived inside these books for a time as a child.

When I was Googling for images of the P.L. Travers books, I came across an article about some of the differences between the movie and the book.  I was saddened to read a few comments about how some people hadn't even known it was a book, they had only known about the movie!

I was VERY EXCITED to read on Wikipedia that a movie called "Saving Mr. Banks" is in the works!!  It's a movie about the production of the movie Mary Poppins!  (How meta is that - a movie about a movie??)  It's going to star Tom Hanks as Walt Disney and Emma Thompson as P.L Travers!  Wow!!

Enjoy this beautiful clip of the song "Feed the Birds"  from the Mary Poppins movie.
Posted by Leanne